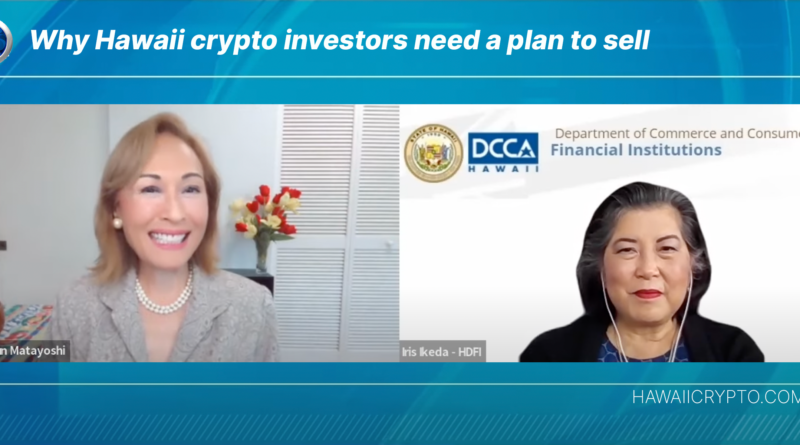 Iris Ikeda, Commissioner of the Division of Financial Institutions (DFI) at the state Department of Commerce and Consumer Affairs (DCCA), didn’t have many words of comfort for Hawaii residents worried about their cryptocurrency holdings given the failure of HB2108 earlier this year.

Ikeda was the most recent featured guest on “What’s the Law,” a legal podcast hosted by Coralie Matayoshi at KHON. The headline? “Why Hawaii crypto investors need a plan to sell.”

Although it was a wide-ranging conversation, the Hawaii crypto community was most interested in whether she had anything to say about the potential of extending the Digital Currency Innovation Lab regulatory sandbox.

“I don’t know what’s going to happen,” Ikeda said. “We depended on the licensure law to prolong or extend the digital currency innovation lab, but that did not happen. As of right now, we’re telling folks who are calling us and the Hawaii Technology Development Corporation that they should look for alternatives, or think about how they’re going to wind down their accounts.”

Ikeda asserted that the DCIL and its participating exchanges were very clear that the program was going to end on June 30, so everyone who signed up went in with eyes wide open.

“We told people who were getting into this in 2020 that the innovation lab is set to close, so to speak, on June 30 of this year,” she recalled. “We asked all of the companies to have a disclosure saying that people could lose all of the money that they put in, because this is not regulated in any way, and also that this study is going to end June 30 of this year.”

The commissioner noted that she had been working on cryptocurrency regulation, “or not having regulation,” since 2015, including several prior attempts at passing legislation before launching the DCIL as a way to gather practical data about how crypto companies could operate in Hawaii.

Despite the legislature’s failure to pass something that could have established a path forward, she’s said she’s exploring various options.

“There are so many people involved in this right now, we’re looking at ways to mitigate some of that harm, that consumer harm, that could be taking place,” she said. “We will be making a decision by at least the beginning of June, just to hopefully alert everyone — at least the participating companies — that they should notify all of their customers what their next steps should be.”

Ikeda noted that a wind-down plan was one of the prerequisites for participating in the DCIL.

As far as finding ways around the law?

“I think it’ll be a little bit difficult for people to do that,” Ikeda says.

“All of these companies have what’s called geo blocking — they know that Hawaii has this particular law, that this activity needs to be licensed,” she explained. “If people use an address in Hawaii, most of the companies are blocking those, either the account initiation or to continue trading.” 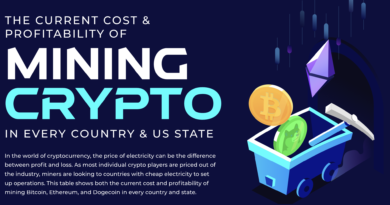 Hawaii is least profitable state to mine crypto 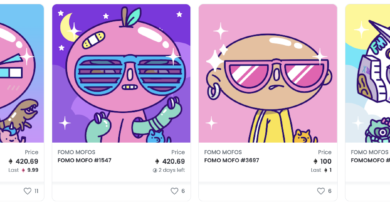 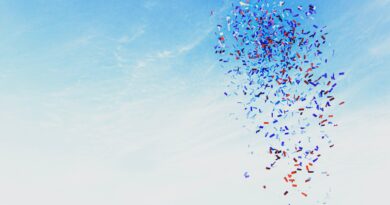